Way too much text!

A poster is not a paper in large flat form. No one wants to stand there reading. Especially since, if you have a lot of text, it will necessarily be too small to read from a few feet away. And especially since you’re going to be there, so anyone who wants details can just ask you. And even if you’re not going to be there because the poster will be up all day, do you really want to engage the approximately zero people who want lots of technical details at the expense of engaging the much larger number of people who just want the essentials? After all, it’s not as if anyone’s going to cite your poster.

It’s difficult to recognize when a poster has too much text, because most posters do (probably including my own posters, back when I was doing posters). So as a student, if you do the sensible thing and emulate the posters that you’ve seen, you end up repeating the same mistake everyone else makes. This is very much in contrast to talks. Good talks are not rare, and there’s no single problem with talks that crops up much more often than any other.

Your poster doesn’t need an abstract–it is an abstract. Your poster’s introduction can just be a bullet point.* Maybe two or three. “Here’s my question” is one bullet. “Here’s why that question is worth asking” is maybe a couple of bullets. Same for your methods: typically, a few bullets is all you need, especially if you also have a picture of whatever it is you did. Your results should just be big figures, with the figure title or some other clear labeling conveying the big take-home message of each figure. Your discussion/conclusions can just be a few bullets too. Text on a poster is like minimalist flower arranging: put all the flowers in the vase that you think should be there, then take most of them away. 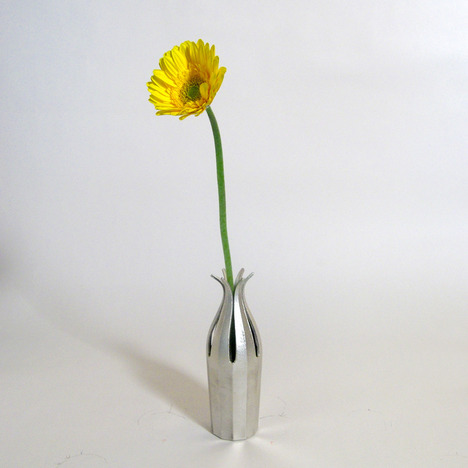 This is what a good poster would look like, if it were a flower arrangement.

On a positive note, browse Better Posters if you want advice and ideas for how to make an, um, better poster.

/end deliberately-provocative rant. What’s the point of having a blog if you don’t occasionally attempt to elevate your own pet peeves to the level of Big Problems The Whole World Should Care About? 🙂

*Or the equivalent amount of text, if you’re not into bullet points.

38 thoughts on “The big mistake almost every scientific poster makes”