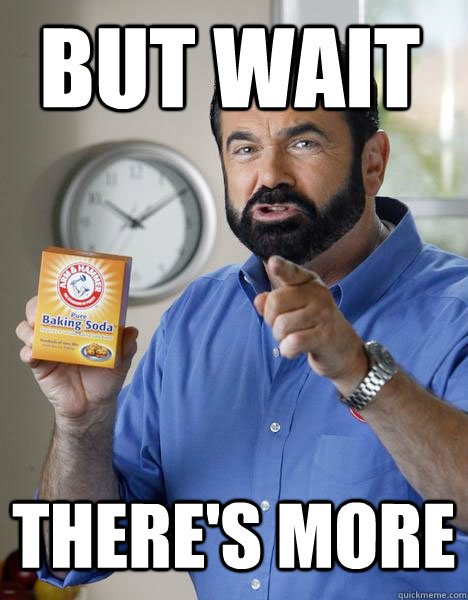 Terry McGlynn on why he supports the March For Science. Although really, Terry’s post is broader than that: it’s about how the Right Thing To Do is rarely obvious because downsides and trade-offs are ubiquitous. So it’s important that we recognize reasonable disagreement and be able to talk to and work with one another anyway.

Another argument for the March For Science. tl;dr: one reason (among others) scientists need to be concerned with politics, and with diversity and inclusion, is so that science works as well as it possibly can. I agree with the piece almost completely, except the bit at the end about how science is already “politicized” so scientists might as well march. My understanding of Dan Kahan’s work is that scientific research on a few specific politically-salient, politically-polarized topics (e.g., climate change) is indeed already politicized, in the sense that people’s political identities dictate their interpretation of scientific information on those topics. But science in general isn’t politicized in this sense, and I think it’s important to try to keep it that way, so that science works as well as it possibly can. Easier said than done, of course, especially in the currently-polarized political climate in the US, when the attacks on science are mostly coming from one political party. I certainly don’t pretend to any political wisdom on how to square this circle. I hope the March For Science will help rather than hurt, which is why I’m going to try to go to the March in Hartford this weekend. But I freely admit that choice is a contestable judgment call.

Putting the March For Science in historical context. In the US, it’s rare for members of any profession to march for their profession. It’s most commonly been done by farmers. The very interesting comparison with farmers suggests some lessons for the March going forward.

The main Dutch scientific funding agency, the NWO, has been asked by the Dutch parliament to pilot “self-organized fund allocation” (SOFA). Famed ecologist Marten Scheffer has been a key advocate for the project. The basic idea is that every eligible scientist gets the same amount of funding to start, but then has to give a fixed portion of it to someone else. I recall we linked to the original idea a couple of years ago in an old linkfest, and our commentariat was generally skeptical (as NWO seems to be, according to the linked article). Folks were worried about opportunities for gaming the system, the possibility that the system would favor famous, well-connected people (including but not limited to people who are active on social media), and the possibility of concentrating too much funding on popular topics. Scheffer suggests that people should be banned from giving money to anyone they’ve published with as a way to partially address those concerns. I dunno. Speaking as a Canadian, this basically sounds like the Canadian Discovery Grant system, except with a popularity contest in place of the grant review panels. Which doesn’t sound like an improvement to me–and I say that as someone who would almost certainly benefit from such a popularity contest thanks to my blogging. But what do you think? Take the poll:

Speaking of Canadian Discovery Grant (DG) review panels, there’s going to be a mock panel at the upcoming Canadian Society for Ecology & Evolution meeting. Real DG panelists will evaluate two (real?) EEB DG proposals in front of an audience, using the real evaluation procedure. Then there’ll be a Q&A with the audience. Blogger that I am, I confess I don’t see what this will reveal that couldn’t be revealed as well or better by blog posts by ex-panelists. But perhaps I’m overlooking something. (ht @SalmonEco)

So you think you want to go to grad school and then become a prof. Are you sure? From a social scientist who left academia without bitterness or regret. Much (not all) of the advice generalizes to ecology. Contrary to what the linked piece says, I don’t think all of this advice is “lesser known”. For instance, I think it’s pretty well known even among beginning grad students that the academic job market is tough. But some of it is lesser known. (ht @dandrezner)

The hater’s guide to experimental reproducibility. Applies to reproducibility of statistics and computations too. I share Arjun Raj’s suspicion of moral fervor and simplistic checklists as substitutes for thought, intuition, and professional judgement. While also sharing his view that checklists have their place.

Relatedly, Stephen Heard asks why we care so much about reproducibility and not about robustness.

Semi-related: a clever way to incentivize replications. Authors who get a surprising, interesting result post a preprint and promise never to submit it to a peer-reviewed journal. Instead, they offer co-authorship of a second, yet-to-be-written peer-reviewed paper to anyone willing to replicate their work. The clever bit is that both the original authors and the replicators have incentives to adopt this approach, though I do think they each have some countervailing incentives. Related: Terry McGlynn’s old idea of “calling in the wolf“. (ht Marginal Revolution)

The EEB and Flow with a fun list of the most famous ecologists, where “famous” is operationally defined by the h-index. No prizes for guessing who’s #1.

Reflections from three statisticians on the American Statistical Association’s consensus statement on p-values, one year on. To my complete outsider’s eyes, it looks to me like a capsule version of a left-of-center political debate. Robert Matthews is the passionate revolutionary impatient for major change. He has the revolutionary’s unrealistic-but-sometimes-useful beliefs as to where change comes from and how fast it can happen. David Spiegelhalter is the incrementalist reformer who says the revolutionaries have a point but are throwing the baby out with the bathwater. ASA executive director Ron Wasserstein is in a position of institutional leadership and needs to keep everybody happy, so he focuses on how things are slowly getting better and stumps for ongoing dialogue.

How to choose a software package for mixed modeling. ht Bob Carpenter, who comments.

Should professors tell students exactly what’s expected of them? Good musings on the pluses and minuses. I agree both that the pluses tend to outweigh the minuses, and that the minuses are underrated in many online discussions about pedagogy. Some good discussion in the comments of how to minimize the minuses.

But most importantly, you can use the themes, Word art, and transitions that PowerPoint is infamous for in your code.“

Now I’m wondering if you can use Microsoft Word to prove undecidable theorems. (ht @kjhealy)

Academic coloring and activity book. “Find and color the many readers who will enjoy your dissertation.” (ht Marginal Revolution)

Bird and Moon remains charming and funny. I liked this recent cartoon flowchart to help you choose your study species, and this one on the small but mighty Northern Pygmy Owl.

“It’s probably a violation of the terms of service on the bag of vegetables, though.” The whole thread is hysterical. 🙂

And finally, a belated Happy Easter from scientific publishing. 🙂

NSF has announced a change to the Waterman Award criteria. People are now eligible until age 40 or 10 years post-PhD. This was done in response to criticisms (including by me) of the gender balance of recent winners — or lack thereof. If you take into account this year’s winners (two men), the past 15 winners (over a 13 year period) have all been men. I’m not sure how big of an impact this change will have (and this certainly isn’t a solution I had considered), but I’m glad to see that NSF is recognizing that there is a problem and working to address it. (Jeremy adds: what Meg said. I’m glad they recognize the issue, but I’m skeptical this change will address it. We’ll see, I guess.)

Related to the above, Joan Strassmann and Zen Faulkes both had pieces on how to improve the gender diversity of award winners: Joan’s advice was focused more broadly, whereas Zen’s proposal was specific to the Waterman Award. I first learned about the importance of “recognition, not recall” from conversations with Joan. That led to me working with Gina Baucom to create DiversifyEEB. (Here’s Gina’s post introducing DiversifyEEB; I still need to work on the follow up post relating it to the “recognition, not recall idea”!) So, while I agree with Joan’s take on the issue, I also agree with Zen that, for something like the Waterman Award, those approaches might not be sufficient. I think his proposed solution is worth trying.

If you want to develop your science communication skills, here’s a great opportunity! RELATE is a group at the University of Michigan that focuses on science communication and community engagement. They are leading a free online course May 5-7 entitled “Stand up for science: practical approaches to discussing science that matters”. I don’t have a formal affiliation with RELATE, but I’ve worked with them some and really valued their expertise.

13 thoughts on “Friday links: the most famous ecologist, March for Science, and more”