Freeman Dyson has passed away. He was 96. As a young graduate student, he developed the theory of quantum electrodynamics (QED), one of the great achievements of 20th century physics. He never completed his PhD, the lack of which he took as a badge of honor. He was also a self-identified scientific “heretic”, and a high-profile skeptic of anthropogenic climate change.

The anxiety algorithm. Or, how one person found it helpful to think about his own anxiety by analogy with his immune system. (ht Matt Levine) Related: Meghan’s many posts on dealing with anxiety in academia, including her own.

P. O. Montiglio reflects on having a paper co-authored with Jonathan Pruitt retracted.

James Heathers suggests that there are four paradigmatic types of serial scientific fraudsters. Argues that you’re making a mistake if you assume that any of those four types of fraudsters think like you do, or are motivated by the same things that motivate you.

Carly Ziter on editing as an act of caring. I’d add that sentence-by-sentence editing is very time-consuming, so it’s something you’re only going to do if you care a lot about improving whatever writing your editing. Which reinforces Carly’s point.

Marie Curie biopic Radioactive comes out soon. Here’s the trailer. And here are my old posts on the best movies about scientists, and favorite movie/tv scientists and science lines. Clear #1 line: “See, here I am now, by myself, talking to myself. That’s chaos theory.” Don’t @ me. 🙂

KEAS CAN DO STATISTICAL INFERENCE. I haven’t been up on the animal cognition literature since college, so somebody who knows more than me should tell me in the comments if I’m way too excited about this.

Congratulations to Chuliang Song for winning the Am Nat student paper award!

Musa al-Gharbi reflects on his time as executive director of Heterodox Academy, and on the downsides of homogeneity of viewpoints in academia.

March Mammal Madness is back! I am picking a massive upset: the 15th seeded non-mammal amoeba to go all the way! 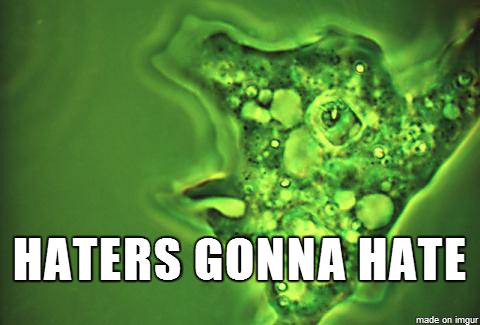