Also this week from Meg: reviewers vs. Rich Lenski, a good ending to a bad week, how to value your time, Emily Dickinson vs. plants, flipped classroom failures, the Kermoji-McKendrick model, and more! Did Meg read All The Things? ¯\_(ツ)_/¯ And from Jeremy: the PhD jobs crisis that isn’t, against open peer review, Jane Lubchenco vs. Jim Estes, bald eagles vs. bison, Dr. Seuss vs. Nietzsche, and more! Will you be able to have a productive Friday with all these links tempting you? ¯\_(ツ)_/¯

The School of Math at the University of Melbourne is doing a search for three new senior faculty. Normally that sort of thing wouldn’t be remarkable, but what makes this newsworthy is that, in this case, they are only accepting applications from women.

I’ve linked to this story before, but I just listened to it again and still find it completely amazing, so I’m linking to it again. (I double-checked the rule book and this is allowed.) Mary-Claire King tells the story of a Very Bad Week that culminated in her getting an NIH grant that was a key part of her work on inherited breast cancer and BRCA1. It has a wonderful guest star babysitter near the end. Listening to this is 12 minutes well spent.

Ambika Kamath had a blog post on tough love in science, motivated by a passage from Hope Jahren’s Lab Girl. The general idea is that while a tough love mentoring approach is common in academia (and talked about in the Jahren passage), many scientists — especially those from underrepresented groups — are likely to be turned away by such an approach. The post has good points, as do the comments. But one additional thing I wanted to note is this line in the Lab Girl excerpt in that post: “Any sign that the newbie regarded his or her time as of any value whatsoever was a bad omen”. I really disagree with that. I often find myself telling my students that their time is valuable — for the experiments we do, personnel costs are usually the biggest part of the budget by far. (I think that’s true for many labs.) This is important for them to realize because sometimes students, say, don’t want to buy a piece of equipment that would save time on the project because they don’t want to spend extra money. But, if that device saves time, it very well might pay for itself. And then there’s the issue that, if they are working very long hours, they are much more likely to make mistakes, which is obviously something we want to avoid. So, I’d be interested in hearing what others think: do you agree with that line from Lab Girl?

Did you note the nice em-dash in that previous link? It was a proper em-dash (—) rather than the quicker one I usually go with (–). I made it using shift-alt-dash, thanks to a twitter tip from Hadley Wickham. But that discussion spurred this blog post by Beth Haas on text shortcuts as academic time savers for people who use macs. I love this idea and plan to add in extra ones (e.g., for some Greek symbols). I also like the idea of using it to correct my own common typos. My only hesitation is that it will make it more annoying for me when I switch to a pc! (My office computer is a pc.) Haas’s post also recommends TextExpander, which I know a colleague of mine uses very effectively. I should look into that more. The timing of that discussion was funny because, later that same day, I did a search for the shrug emoji (which, I learned is actually a kaomoji, since it uses a Japanese character). You know: ¯\_(ツ)_/¯ My search led to this article, which recommends the same text shortcut trick, this time so you can easily shrug without having to google, copy, and paste. Will you find all this useful? ¯\_(ツ)_/¯ (Update: once I got around to setting them up, this approach doesn’t seem work in most of the programs I use most often — Word, Chrome, Firefox — but does work in TextEdit. Beth Haas was very kind and helped me figure out part of the problem, but I think I might just go back to my old approaches. Will I spend the time to try to figure it out fully? ¯\_(ツ)_/¯ But I’ll leave this link since it seems to work for many (most?) folks.)

This is a great story about how ecologist Doug Larson found an old growth forest about an hour from Toronto that no one had known about.

This is a great piece on flipped classrooms, course evaluations, and learning. The author, Kevin Werbach, says, “I’m writing this essay partly because we need more failure narratives about teaching.” It’s a really compelling essay. It relates to topics Jeremy and I have written about (e.g., this recent post from Jeremy) and to something I plan to blog about soon. (I hope!) ht: Jessica Hullman

Here’s a handy guide to colors for data visualization. (ht: Kara Woo, who tweeted about this a month ago. I’m behind!)

Every plant and animal in Emily Dickinson’s poems, catalogued. I love the word cloud in this piece. And reading this made me realize that clearly Dickinson would have been in favor of local fieldwork, as I am.

Following up on my link to Ed Yong’s David Attenborough tribute piece last week: Sir David Attenbingo. Play along while you watch! (ht: Trevor Branch) [Note from Jeremy: Meg apparently read All The Things, except for her own blog.] [Reply from Meg: Whoops! I completely missed that!]

Rich Lenski had a post reproducing the review his first LTEE manuscript received. It was … not positive. It’s worth reading the whole review, which starts with “This paper has merit and no errors, but I do not like it and do not think it appropriate for American Naturalist.” I find it amusing that the reviewer was “upset because continued reliance on statistics and untested models by population geneticists will only hasten the demise of the field.” Despite this scorching review, the revised paper was published in AmNat anyway and has been cited hundreds of times. It’s a good reminder that a negative review — even a really negative review — doesn’t mean one’s paper or career is doomed. (Rich also notes in his post that sometimes those negative reviews are right and, while painful, addressing those concerns can really improve a paper. That has happened to me. One of my thesis chapters was rejected from Ecology and the revision process made it a much better, award-winning paper.)

Tell me again what problem open peer review solves, that’s worse than the problems it creates? Excellent reality-based critique of the idea from experienced managing editor Tim Vines. (ht Small Pond Science) Now seems to be a good time to re-link to this comprehensive review of the data on anonymity and openness in peer review. As the author herself–an advocate of openness–admits, it’s mixed at best. Certainly not the kind of evidence base that justifies calls for revolution.

Chatbot TA. (ht Small Pond Science) I look forward to this technology becoming cheap enough that everyone can use it, though few classes will have the critical mass of old questions and answers required for the technology to work. Alternatively, anyone else have a good hack for efficiently addressing repetitive questions asked by many students Every. Single. Semester? You can’t just put them all in a big FAQ, because the students mostly won’t refer to it when they need to, or at all.

Sticking with the DEBrief blog, data on how likely a “good” NSF DEB proposal is to be funded. The short version is that the very highest-rated preproposals are almost sure to be invited to the full proposal stage, and the very highest rated full proposals are very likely to be funded. The post also considers the difficult question of whether ratings of preproposals predict the ratings full proposals will receive (difficult because it’s mostly the highest-rated preproposals that get invited to the full proposal stage). As always with the DEBrief blog, it’s a very detailed and thorough analysis. I’m continually blown away by the willingness of NSF DEB staff to spend time and effort addressing questions from the community (the linked post was in response to a question from a panelist). It’s really unfortunate that frustration about the tight funding climate manifests itself as baseless rumors about NSF DEB and how it operates, because NSF DEB actually is really open.

And if you’re wondering why NSF program officers sometimes make funding decisions that deviate from panel recommendations in the name of “portfolio balance”, here’s the answer.

Jane Lubchenco reviews Jim Estes’ memoir. Sounds like a must-read. (Meg adds: I agree! I put this on my wish list as soon as I read Lubchenco’s review.)

Margaret Kosmala speculates on the possible short- and long-term effects of the new US overtime rules on postdoc pay and working conditions.

Joan Strassmann on the value and challenges of doing exit interviews with graduating seniors from your department.

Be careful with what you mean when you talk about a “jobs crisis” for newly-minted PhDs. The unemployment rate for recent US PhDs in science and engineering is 2.1%, and it never exceeded 3.4% even at the height of the Great Recession in 2012. Obviously this doesn’t mean we’re producing the “right” number of PhDs or that there are no issues whatsoever in the job market for people with PhDs. It just means that “high risk of unemployment” is not among those issues.

And finally, Fox News thinks that bald eagles are mammals. As much as I’d like to see how well bald eagles would do in the next Mammal March Madness, maybe somebody should tell Fox News what bald eagles really are: 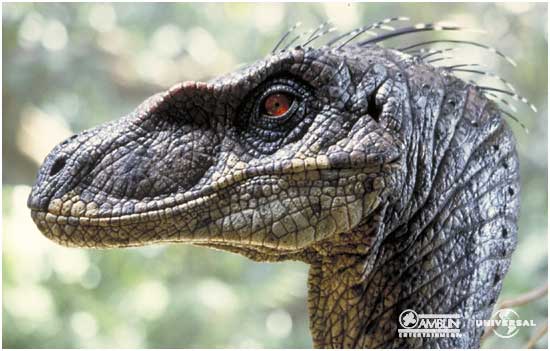