Note from Jeremy: This is a guest post by Angela Moles and Jeff Ollerton. A little while back I noted with interest that Angela had been publishing peer-reviewed papers arguing that some widely-believed generalizations about tropical ecology actually are zombie ideas. Jeff has been doing the same. I found their case convincing, but I’m not an expert on tropical ecology. So I invited Angela and Jeff to write a guest post making their case, in the hopes of sparking a productive debate on what I think is an important issue. Thanks very much to Angela and Jeff for taking the time to write what I think is both a provocative and well-argued piece, drawing on the work of others as well as their own work. Looking forward to a lively discussion in the comments.

The concept of zombie ideas has been very useful in ecology. It turns out that there are quite a few venerable old ideas out there that should be dead because they have been slain by data and/or theory, but which still wander the world feasting on the brains of ecologists (such as common interpretations of the intermediate disturbance hypothesis; Fox 2013). In this post, we’re going to argue that the idea that species interactions are stronger and more specialized in the tropics is a zombie idea that needs to be slain.

The biotic interactions zombie started life as a perfectly good theory. The idea was that because the weather is always nice in the tropics, populations of plants and animals would not be knocked back by cold winters. The resulting population stability would allow plants and animals to reach high densities. In addition, lower rates of extinction coupled with higher rates of speciation mean that the greater species diversity with tropical communities results in species having to become specialized to exploit narrower niches, e.g. using a single food source. Year-round interactions with high densities of highly specialized attackers would naturally result in more intense (i.e. stronger) biotic interactions in tropical ecosystems, such as higher rates of herbivory and predation (Dobzhansky 1950; MacArthur 1972; Janzen 1973; Pennings & Silliman 2005). Furthermore the arms races resulting from these interactions would lead tropical species to be more heavily defended, and contribute to high diversity in the tropics (Coley & Kursar 2014).

The idea that biotic interactions are more intense and specialized at low latitudes is extremely widely accepted (e.g. Schemske et al. 2009; Coley & Kursar 2014). We both set out to study aspects of this idea with the full expectation that our work would confirm the traditional ideas. However, as the data rolled in, it became clear that many of the links in the lovely chain of logic above turn out to be weak or broken.

First, while the temperature is certainly stable and warm in the lowland tropics, many tropical areas experience substantial seasonality in precipitation (quantified in Vázquez & Stevens 2004). That is, despite all those postcards of sunny tropical islands, the weather isn’t always favourable for growth in the tropics (Figure 1). People who live in the tropics simply call their seasons things like “the dry season” and “the monsoon” rather than “summer” and “winter”, and are more likely to need a nice cold drink than a pair of skis. 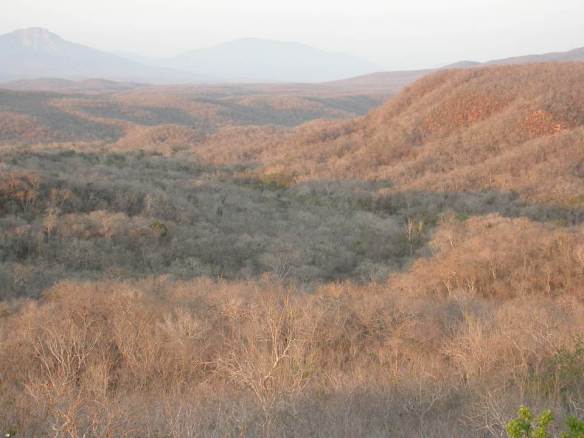 Figure 1. A tropical forest during the dry season (Chamela, Mexico). Photo A. Moles.

The evidence for greater specificity of interactions such as mutualisms, host-parasite and predator-prey relationships in the tropics is mixed, and certainly does not support the idea that the tropics are always more specialized (Ollerton 2012). Where the evidence is clear, such as for biotic pollination and frugivory, interactions are not more specialized in the tropics compared to extra-tropical regions once sampling effort is taken into account, suggesting that assemblages of interacting species in the tropics tend to be under-sampled (Ollerton & Cranmer 2002). More recently, an analysis of mutualistic interaction networks has shown that in the tropics, these networks tend to be LESS specialized (Schleuning et al. 2012). Finally, meta-analysis did not support the idea that species’ niche breadths are narrower at lower latitudes either (Vázquez & Stevens 2004).

Early reviews tended to support the traditional idea that biotic interactions were more intense in the tropics (Coley & Aide 1991; Coley & Barone 1996). However, these findings have been thrown in to doubt by a range of recent syntheses and meta-analyses. The empirical evidence has not supported the idea that terrestrial herbivory (Moles et al. 2011), marine herbivory (Poore et al. 2012), density dependent mortality in plants (Hille Ris Lambers, Clark & Beckage 2002) or seed predation (Moles & Westoby 2003) are stronger at lower latitudes.

In summary, the “strong and specialized biotic interactions in the tropics” hypothesis is dead. The quantitative evidence is counter to its predictions. Further, the chain of logic that led to its prediction of stronger biotic interactions in the tropics (including a stable climate, more stable populations, and more specialised interactions in the tropics) is in tatters. There is certainly scope for more studies on all of these topics, but at this stage it will take something quite substantial to overturn the mass of accumulated evidence against the idea that species interactions are always stronger and more specialized in the tropics. In fact, if there has been publication bias against results contrary to the traditional idea in the past (either through the file-drawer effect (Rosenthal 1979), or from reviewers being harsher on studies they perceived as getting the “wrong” answer), then the publication of syntheses and meta-analyses showing that the traditional ideas are not nearly as strongly supported as we thought (e.g. Vázquez & Stevens 2004; Moles et al. 2011; Ollerton 2012; Poore et al. 2012) might actually lead to a rapid accumulation of evidence contrary to the traditional ideas over the next few years.

Is the biotic interactions idea a zombie? Well, it certainly seems to be getting around a lot for a dead thing. Schemske et al. gave it a very warm review in a 2009 Annual Review of Ecology, Evolution and Systematics paper, and Coley and Kursar (2014) used it to underpin a recent perspective piece in Science.

Studies showing that species interactions are not stronger or more specialized in the tropics do not change the fact that tropical ecosystems are beautiful and amazing places. The observation that some aspects of ecology work in similar ways in tropical and temperate ecosystems is not actually all that surprising, and it means that tropical biologists and ecologists from other parts of the world can work together to advance our understanding of the ways that species interact. Finally, abandoning the idea that biotic interactions are more intense and more specialized in the tropics is like throwing away well-loved but worn out clothes: initially sad, but it will leave room in our collective wardrobe for a whole crop of exciting new ideas. Future progress will require researchers to more clearly define both their hypotheses (perhaps moving from conceptual to formal mathematical models) and their definitions: at least some of the disagreements in the literature stem from different definitions of terms such as “specialized” and “generalized” (Ollerton et al. 2007). This is clear when we consider that tropical communities, on average, certainly contain a higher number of functionally specialized pollination systems (e.g. bee, bird, beetle, fly, cockroach, etc.) and temperate systems have more plants that are functionally generalized (mixed bee/fly/butterfly, etc.) (Ollerton et al. 2006). However tropical plants are not more ecologically specialized, in terms of the number of pollinating animal species servicing each plant (Ollerton & Cranmer 2002). So, depending upon whether we are referring to functional or ecological specialization of plants in tropical communities, we could come to very different conclusions.

It is human to have trouble relinquishing ideas that we liked, and there’s no doubt that the latitudinal biotic interactions hypothesis was a really nice idea that made a lot of intuitive sense. Also, although it’s hard to test, we suspect that television documentaries that have traditionally focussed on highly specialised and intense interactions within the tropics have skewed our vision of what tropical ecology “should” be like, as opposed to what it’s really like, as has the tendency for ecologists to mentally compare tropical rainforests with temperate deciduous forests, ignoring all the other major vegetation types in each region. However, as scientists, we MUST disregard ideas once they have been disproved by data. As Neil DeGrasse Tyson says, “The good thing about science is that it’s true whether or not you believe in it.”

111 thoughts on “Is the notion that species interactions are stronger and more specialized in the tropics a zombie idea? (guest post)”